0057 But Wouldn’t Warlords Take Over?

0057 But Wouldn’t Warlords Take Over? MP3
(audio player below article)

But Wouldn’t Warlords Take Over?
A Mises Daily from Thursday, July 07, 2005 by Robert P. Murphy

When dealing with the warlord objection, we need to keep our comparisons fair. It won’t do to compare society A, which is filled with evil, ignorant savages who live under anarchy, with society B, which is populated by enlightened, law-abiding citizens who live under limited government. The anarchist doesn’t deny that life might be better in society B. What the anarchist does claim is that, for any given population, the imposition of a coercive government will make things worse. The absence of a State is a necessary, but not sufficient, condition to achieve the free society.

To put the matter differently: It is not enough to demonstrate that a state of private-property anarchy could degenerate into ceaseless war, where no single group is strong enough to subjugate all challengers, and hence no one can establish “order.” After all, communities living under a State degenerate into civil war all the time. We should remember that the frequently cited cases of Colombia and now Iraq are not demonstrations of anarchy-turned-into-chaos, but rather examples of government-turned-into-chaos.

For the warlord objection to work, the statist would need to argue that a given community would remain lawful under a government, but that the same community would break down into continuous warfare if all legal and military services were privatized. The popular case of Somalia, therefore, helps neither side.[i] It is true that Rothbardians should be somewhat disturbed that the respect for non-aggression is apparently too rare in Somalia to foster the spontaneous emergence of a totally free market community. But by the same token, the respect for “the law” was also too weak to allow the original Somali government to maintain order. 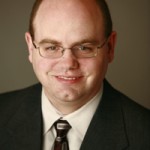