Roughly once a week we at Bad Quaker Dot Com try to blatantly violate “Intellectual Property Law” by publishing the work of someone in the Liberty Movement without their permission.
One of our favorite “victims” is also one of our favorite personalities in the movement, Jeffrey Tucker of the Ludwig von Mises Institute.

Whenever I’m feeling blue about domestic politics — there is plenty about which to despair — something great happens that reminds me of the long-term case for optimism, which is all about the astonishing expansion of the division of labor globally and in ways that weren’t even possible just a few years ago.

The world has changed to permit ever more people in all corners of the globe to cooperate to their mutual betterment. The very prospect is inspiring people to claim their freedom and use it to make their lives better. By comparison to this activity, the disgusting behavior of nation states appear like a ridiculous anachronism that will be steamrolled by the forces of history.

And when these examples hit home, it is all the better.

So, for example, I was preparing dinner two nights ago, and the Skype plug-in on my iPhone rang and it was a young man from some far-flung rural area of Australia. He had a charming accent that I could barely understand but he was full of smiles and exuberance. I showed him around my house and he showed me his rather barren room, full of computer stuff.

After pleasantries, we got down to business. I was contracting with him to fix one small module on our Mises Academy software, the one that generates certificates of completion. He had already answered an email requesting an expert. He was the last person I would have expected to be on this job.

Just ten minutes ago, he delivered his repaired module, and it is beautifully done with elegant code, along with an invoice for his work. I never would have imagined this possible, and the truth is that it would not have been possible even a few years ago. But with communication technology dramatically improving, the possibilities for international collaboration, in surprising ways, are more readily at hand.

I don’t have to move there and he doesn’t have to move here. We found each other through a tiny mention on a social-networking site. And like magic, we had an opportunity for exchange. Everyone is better off. The world is a more beautiful place.

The same happened with some developers in India, who are now doing the Mises Institute’s ebooks at a very low price and with great expertise. This would have been unthinkable only a few years ago. But technology is making it happen.

Never underestimate the implications of global economic relationships. This is the stuff that makes the world go round. It is the engine of progress, and the producer of peace and understanding. Together we can cooperate to make the world a better place. Expand this model a hundredfold, a thousandfold, a millionfold, and we create a glorious force for the betterment of the whole human race. It is mankind’s method of peaceful resistance.

How can some stupid government program or regulation compare to this? All the activities of the nation-state pale by comparison to the significance of the globalization of communication and commerce. In the digital age, we are discovering that all people of the world have more in common with each other than any of us has in common with the states that rule us.

These advances are taking place right under our noses. They are the most significant since the Industrial Revolution, and our grandchildren will look back in history books on these times as the turning point. We are truly blessed to be living in them and experiencing them.

And it is not only the digital world at work here. Hyundai is a Korean car company that opened a plant in Montgomery, Alabama, in 1986. The plant cost $1.4 billion to build. That Montgomery plant now employs 2,650 people. It operates around the clock on weekdays and during the day on Saturday. It has a sister company, Kia, that opened another plant in Georgia in 2010, and it employs even more.

As a result of these factories, parts suppliers are opening doors every few weeks. Today, 138 businesses have been founded just to support these companies, and thousands of other businesses owe their revenue stream to their presence. During the Great Recession, Hyundai hired while Detroit fired. Hyundai and Kia are now ahead of Ford Motor Company, and the fourth-largest carmaker worldwide. Hyundai alone built 300,000 cars in Montgomery last year. And for this reason, the jobless rate is very low in Alabama, even though textiles are gone.

Ten Korean restaurants have opened in Montgomery and many thousands of Koreans have moved here. They are supporting churches, symphonies, and theaters. Their kids are taking violin lessons and playing in orchestras, bringing classical music to a land where it has never taken root. 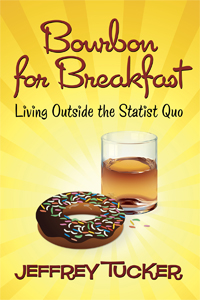 Consider the ways in which this story runs contrary to government plans. Americans were supposed to be patriotic and buy American-made cars forever. The great threat to this idea was imported cars, and hardly anyone expected the importation of car manufacturing itself. Montgomery has had terrible economic times for some 50 years, and every mayor and every governor has had a plan for recovery. No one expected it would come from abroad.

Koreans haven’t ruined Alabama culture but rather refurbished it and revitalized it. The spinoffs are widespread, helping to provide not only jobs in manufacturing cars but in manufacturing everything, plus improving retail and restaurants and even the arts. This recovery was not the result of any government plan or the carrying out of any centrally organized idea. It was never subjected to a political debate or vote.

This is the market at work. The state does not plan it and cannot anticipate its actions and shape. But one thing is for sure: it is consistent with human choice. It is we who make or break these entrepreneurial plans. The market has the model for social organization. The law of association, first discovered by David Ricardo and elaborated upon by Ludwig von Mises, is the energy here. It points to the advantages that come to all parties when they trade, even when a more efficient supplier is trading with a much less efficient supplier. Both are more efficient together than they would otherwise be producing in isolation.

Mises said that this law of association was responsible for a dramatic change in the outlook of humanity. People began to consider themselves not as rivals in a struggling for the appropriation of the limited means of subsistence; instead we discovered that we can consort with one another for the sake of cooperative production.

And how does this come about? Not through compulsion. Not through social contract. It comes about because we recognize that it is in our interest to come together by mutual agreement. And this coming together comes about through differences among us, because of the realization that we each have something to contribute to a relationship. We are not sacrificing our well-being by doing this but exactly the opposite.

Agreement and not force: this is what will save us and continue to build civilization.

Jeffrey Tucker is the editor of Mises.org and author of Bourbon for Breakfast: Living Outside the Statist Quo. 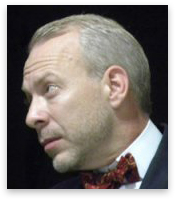