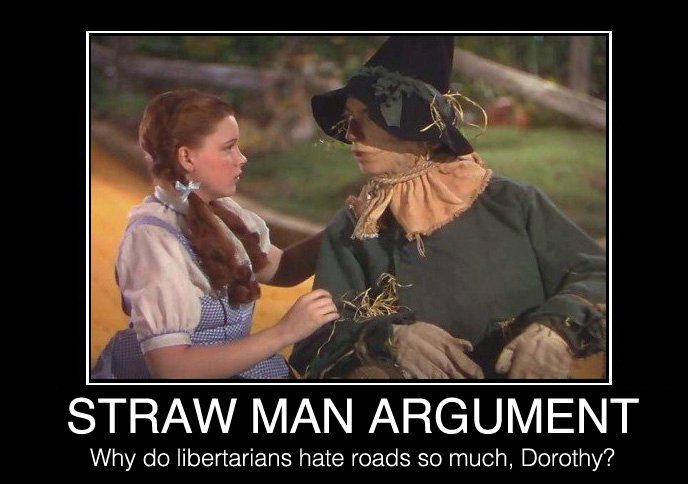 Her Intro Points
1 trillion dollars on tax cuts for the rich under GWBush
2 trillion dollars on 2 wars that we put on a credit card for our children
1 trillion dollars on a Medicare drug program that (a) was not paid for and (b) is 40% more expensive than it needs to be because it was a give-away to the drug companies
“So part of the way you fix this problem is you don’t do those things!”
(simplistic answer to amuse the crowd)
Blame Bush, even though her party supported those Bush programs and her party continues to support them.

A ~ “It’s not class warfare; there is nobody in this country that got rich on his own.”
(1 straw man, 2 non sequitur – incorrectly assumes one thing is the cause of another)
No one holds this position. Recall discussion of the 4 achievements of mankind. Also this doesn’t justify funding the governments ever-expanding budget.
She assumes the successes of individuals or of society as a whole are the successes of government.

C ~ “You hired workers the rest of us paid to educate.”
(same 1,2,3 as above)
Assuming  “public schools” actually teach something a factory owner would find useful is a deductive fallacy in and of itself.
Again, she assumes the factory builder never paid taxes in the past.

E ~ “marauding bands seize everything at your factory”…bla, bla bla…
(hyperbole – the use of exaggeration as a rhetorical device)
Fear mongering.

F ~ “…good for you…keep a big hunk of it, but part of the underlying social contract …pay forward for the next kid who comes along.”
(1 Irrelevant conclusion – unsupported by the rhetoric provided, 2 affirms the consequent: draws a conclusion from premises that do not support that conclusion)
As Bob Murphy said on this topic, “Underlying social contract? Well it’s very convenient for her to discuss this contract, which none of us has ever seen but apparently she can interpret.”